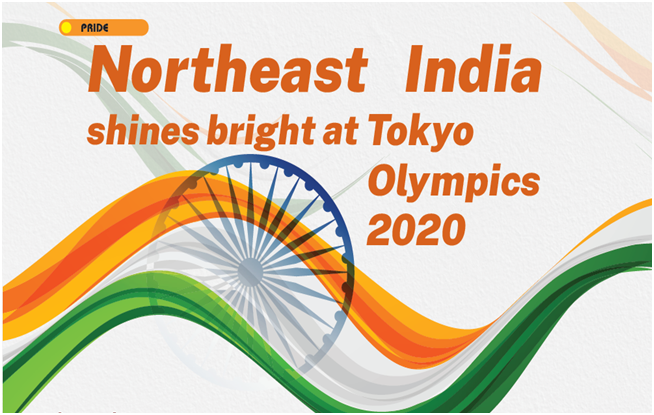 Tokyo Olympics turned out to be the best ever outing for India in the history of the greatsporting extravaganza of the world. With one Gold, two silver and four bronze, the seven medal haul is the greatest ever podium finish for India till date. The icing is Neeraj Chopra’s gold, the first ever athletic medal for India since 1900.

Before the Tokyo games, the London Olympics 2012 was tagged the best performance for India with six medals – two silver and four bronze. In the Beijing Olympics 2008, although Abhinav Bindra won India’s first individual Olympic Gold medal in the Men’s 10m Air Rifle Shooting, India could win only three medals including two bronze.

India’s fantastic performances at the Tokyo games has captured the imagination of the nation of 1.38 billion Indians and a new found euphoria is spreading to perseverance, commitment and become winners by performing at the global level. Even the State Governments and other stakeholders are cashing in on this winning spirit and announcing monetary incentives, jobs offers and in some cases plot of land for the Olympic medal winners.

The euphoria is justified and positive as sports help shape character, fostering teamwork, perseverance and leadership. By breaking down social barriers, sports are also a great unifier, especially for a multi-cultural nation like ours. Through sports, vital leadership skills are also developed. Sports, besides constantly pushing us out of our comfort zones to encounter challenging task which the sportspersons are groomed to overcome by developing a positive mind-set, it also trains us to think before we act and develop a game plan for how we respond to challenging situations.

And undoubtedly, Olympics are the greatest international sporting competition for athletes of the world where they get the chance to compete with the best and prove their mantle in the sports of their choice. It is not just games and sports. It is a movement to build a peaceful and better world through sports, practiced without discrimination and in the spirit of understanding, friendship, solidarity and fair play. If we look back, India has won just 35 medals at the Olympic since the 1900 edition. And seven, including a gold and a silver were won in Tokyo.

Certainly, Neeraj Chopra has inked his name in gold in the annals of the games in India with his stunning throw of 87.58 metres in the men’s javelin. Debutant Ravi Kumar Dahiya and Bajrang Punia secured India’s presence in the wrestling arena winning a silver in the men’s 57 kg freestyle wrestling and a bronze in the 65 kg category respectively. In the women’s weightlifting, SaikhomMirabaiChanu became the first Indian women to win an Olympic silver. And debutant women boxer, LovlinaBorgahain clinched the bronze in women’s boxing and PV Sindhu stamped India’s presence at the badminton court with a Bronze. The Bronze won by the men’s hockey team, snatched for Germany has got to the sweetest victory for India, a medal coming from hockey after 41 years of dominating world of hockey. Significantly, out of India’s seven medals, two individual medals - a silver and a bronze - came from Northeast and of course both the men and women hockey team had players from northeast.

SaikhomMirabaiChanu, a 49 kg women’s weightlifter from Manipur lifted a total 202 kg and bagged the silver medal on the very first day of the competition, giving India an auspicious start to the Tokyo Olympics medal tally. Since then, Mirabai has become a household name in India and deservingly earned a celebrity status. Besides the Manipur State Government offering an Additional Superintendent of Police (Sports) to the Senior Ticket-Inspector of Indian Railway, Mirabai has so far been rewarded Rs 4.90 crores in cash (Rs 2 cr. from Railway, Rs 1 Cr. from Manipur Government, Rs 1 Cr. from, BYJU, Rs 50 Lakh from BCCI and Rs 40 lakh from IOA) and an offer of free Domino’s pizza for life.

LovlinaBorgohain is another name that the country will not forget now. The women’s welterweight boxer from Assam punched her way to Olympic glory, winning bronze, the first Olympic medal for Assam. Lovlina has ignited a billion dreams with her success and she became a household name. With age on her side, she is destined for great feat. A resident flood ravaged Golaghat district of Assam, the Government of Assam has built a new road leading to her house as a gift to Assam’s lone Olympic medal winner.  This is not all, under the Assam Sports Integrated Policy, Lovlina is eligible for direct entry into class 1 Assam Government post, irrespective of her educational qualification and age. Cash rewards entitled to Lovlina are Rs 1 Cr from BYJU,Rs 50 lakh from Assam Government, Rs 25 Lakh from IOC, Rs 25 lakh BCCI and Rs 3 lakh from Congress Pradesh Assam.