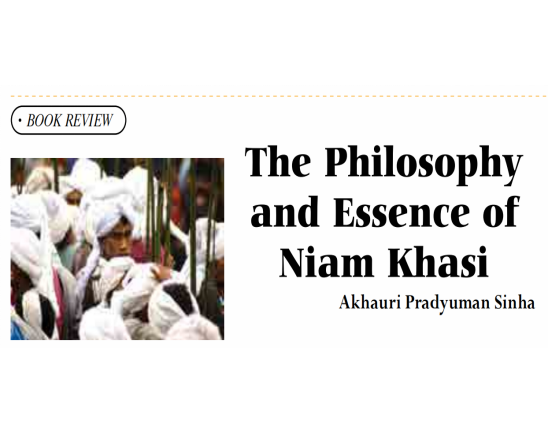 A very significant observation is made by  Ranjit S Mooshary, former Governor of Meghalaya, in his foreword to the book, "Social Cultural And  Spiritual  Traditions of   North East Bharat (Published by Heritage Foundation, Guwahati)". He points out quite pertinently that "There is no other region which mirrors India's heterogeneous heritage as the Bramhaputra  valley and its hemming hills". It is indeed cent percent true. There is no denying that the North East offers a fascinating  mosaic of beliefs, customs and dialects.  Their life is  peaceful and contentment seems to  spill out in their thoughts and behaviours. 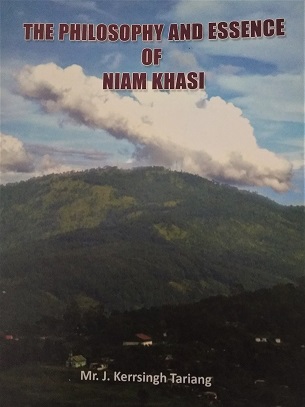 Inspired by the same spirit of probing the cultural and religious diversity, J K Tariang has successfully expostulated the indigenous religion of his people mainly residing in the East and West Khasi Hills of Meghalaya. In his book, the writer has brilliantly defined what exactly is meant by their religion and how the various forces and factors  contribute  to the vibrant growth of Niam Khasi. In fact he has 'dexterously analysed, rationalised  and systematised almost all the folklores and myths associated with the Khasi religion."These values and customs are  deftly filtered with  a view to making  these a vital part of the life of a millennial Khasi.

Meghalaya has three main tribes, the Khasis, the Jaintias and the Garos. The Garos are mostly to be found in the Garo Hills and are from a Tibetan Burmese group  called Achik Mande. The Khasis inhabit the Khasi Hills both  the 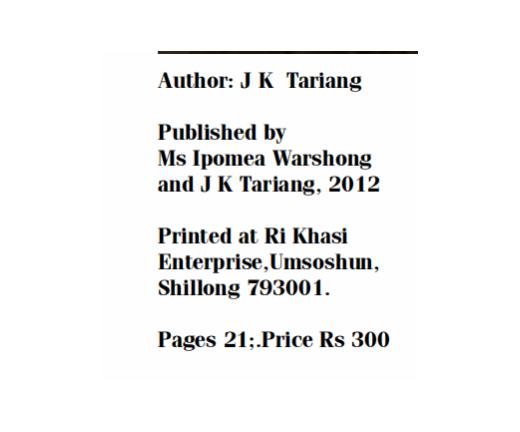 east and the west .The Jaintias are mainly  from the Jaintia Hills. Today none of these tribes  live in isolated habitations rather they can be found everywhere including in the various  states of the North East. The Jaintias too claim to be from Ki Hinniew, the Jayantia Kingdom belonged to what was called Synteng community. They  are also addressed as Pnars and their religion is Niam tre.They too subscribe to the belief that their religion has come by God's decree. In this book, the author elaborately discusses what constitutes Niam Khasi and underpins its main features as well as its essence. The writer clearly mentions that these terms Seng Khasi and Sengraj do not exactly refer to their religions.

The book has 11 chapters and each chapter  presents an interesting comingling of the past and the present, a beautiful fusion of the synchronic and the diachronic.  It does  provide an interesting  cognitive excursion to the  reader  while the entire gamut of their religion binds the different sections with an invisible thread creating a kind  of  an organic unity. At the end of each chapter references are given providing credible authenticity to the book.

The first chapter  of the book is "introduction" and  it faithfully performs its function more than what the first act of a Shakespearean tragedy does.