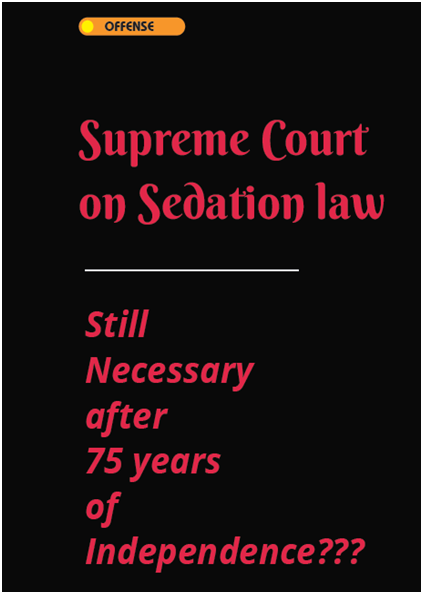 Ever since the arrest of the Manipur activists Erendro Leichombam, there had been a debate revolving around the law on the basis of which he was arrested. Leichombam (40), along with journalist Kishorchandra Wangkhem 41, were charged under the stringent Act in May 2021, for Facebook posts they put up after the death of Manipur Bharatiya Janata Party Chief Saikhom Tikendra Singh due to Covid-related complications. They had criticised the saffron party for purportedly promoting cow urine as a cure for the infection.

The activist had written in his post that cow dung and urine were not a cure for the coronavirus and expressed condolences at the death of the BJP leader. “The cure is science and common sense,” the post added.

Manipur BJP Vice President Usham Deban and General Secretary P Premananda Meetei filed the complaint against them, claiming that their posts were offensive.

Following his Facebook post, Erendro was booked under the NSA, which empowers the state to detain a person without a formal charge and without trial.

Leichombam’s father L Raghumani Singh had in June filed a petition in the Supreme Court challenging his detention. In his petition, Leichombam’s father had argued that the Manipur Police invoked the National Security Act only to defeat the bail granted to the activist earlier. Leichombam was booked under the Act on May 17, shortly after a local court had granted him bail.

Singh said that his son had been preventively detained solely to punish him for his criticism of Bharatiya Janata Party leaders for advocating cow dung and cow urine as cures for Covid-19.

The Supreme Court bench of justices DY Chandrachud and MR Shah ordered the immediate release of Manipur activist Erendro Leichombam on a petition by his father L Raghumani Singh, telling the authorities to ensure his release by 5pm of 19 July. The bench stated that the continued detention of the petitioner before the court would amount to violation of the right to life and personal liberty under Article 21 of the Constitution.

Mr Erendro speaking after his release accused the government of trying to "silence everyone with NSA (the National Security Act)".

“But it is counterproductive because you can’t control social media. You can’t silence everybody. When I speak out, it is not just my opinion, but what I say resonates with the people of Manipur and that is precisely what they (the government) are scared of. This is not the first time they have slapped all sorts of charges on me including sedition, NSA. But that is not going to stop me from expressing my opinion. It is within my right as a citizen to critique the government — this is a democracy. Several people have been arrested in Manipur for criticizing the Biren Singh-led government”.