Amidst the pan India flutter over Varanasi’s Gyanvapi Mosque, a simple line of this complex situation figuring in Madhushala, a poetry book by Haribansh Rai Bachhan, may perhaps find some relevance.

Madhushala means a bar or alehouse in English.

Well, we are not suggesting people to walk to a Maikhana – also meaning Madhushala – as Hindus and Muslims are already so much intoxicated with the Gyanvapi Mosque that there is no need for any additional doses of ale to turn tipsy.

But this particular line of Madhushala has brought to light the stubborn fact that Masjid and Mandir do bring enmity among the Muslims and Hindus, mostly just for nothing.

Historically, it has been proved that the Mughal Emperor Aurangzeb broke temples and converted them as mosques like that of (allegedly) Gyanvapi. 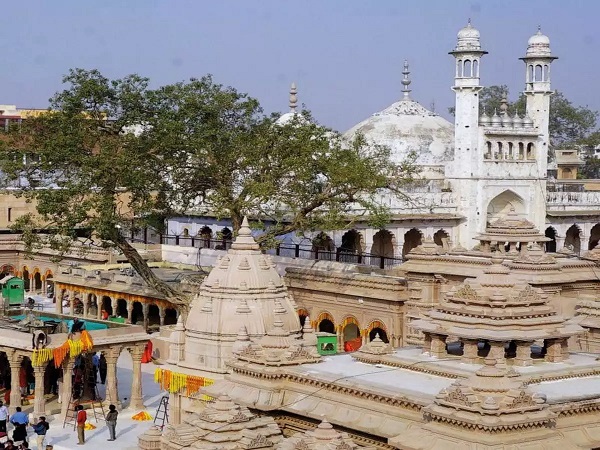 Here, a really intoxicating fact surfaces. Decades ago, the previous Congress Government at the Centre named a road in New Delhi after Aurangzeb to appease the Muslim voters.

Aurangzeb committed historical blunders yet he was honoured with naming a road after him. But there is no road named after Chatrapati Shivaji, the Hindu king, who fought against the Mughals.

In the light of Gyanvapi Mosque controversy, don’t you think a come when the historical errors committed by raiders and rulers who looted, broke and converted temples into mosques be corrected?

If a historical line is drawn, we find that the process of breaking Hindu temples began nearly a 1000 year ago by Mahmud Ghazni who broke and looted the Somnath Temple of Gujarat.

There are about 10 very famous temples which were broken and some converted into Islamic mosques. As a result, the temple-turned mosques continue to breed enmity between Hindus and Muslims as said by Bachhan: Bair Barhate Masjid Mandir.