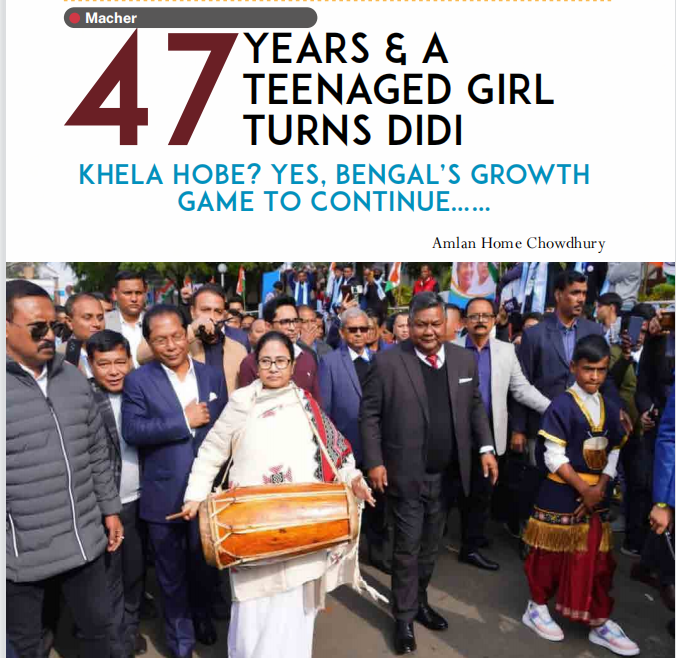 When she stood on the car bonnet of Loknayak Jaiprakash Narayan at Calcutta in the 1975, she was just a teenaged Bengali girl of 15. She was protesting against the Loknayak and supporting the Emergency declared by Mrs. Indira Gandhi. Nearly 47 years down the line, that courageous 15-year old girl has grown up to be the Didi or elder sister to the people of West Bengal.

Do we really need to identify her?

In 1975, she was an active Youth Congress member. In 2022, we know her as the Chief Minister of West Bengal.

Yes, Mamata Banerjee has transformed over the last 47 years but not before proving her Rani Laxmibai of Jhansi-type image on December 11, 1998 when she made the cold winter of New Delhi and also that of the entire India quite hot.

Mamata, true to her Baghini or Tigress image, caught a Member of Lok Sabha right in the Lower House by the collar and dragged him out of the Well of the House. He was Daroga Prasad Saroj, a Member of Samajwadi Party.

But her action was not only supported by a side section of women but also by men across the country. Saroj was opposing  the Women’s Reservation Bill. While Saroj could hardly get support, Mamata won the heart of millions of women in the country.

Mamata has transformed. So has Bengal metamorphosed from the wreckages of wrong economic polices of the Communists to become a strong economy under her leadership.

Bengal is going to host two G-20 meets at Kolkata and Siliguri next year to showcase the states economic growth and also woo Foreign Direct Investments. To attract the FDIs, several infrastructural projects have already been launched under the leadership of Mamata Banerjee.

During the Left Front rule, from 1977 till 2011, Bengal became a graveyard of industries with one after another factory closing down due to labour union problems of CITU and others affiliated to the Leftist parties.

It was quite a challenge when Mamata Banerjee became the Chief Minister to restore the economy, then marked by massive unemployment and slowing down of economy due to closure of industrial units.

Today, Bengal is classified as one among the top 10 investment destinations. This became evident from the fact that the FDI equity inflow amounting to US$ 1,034 million came to the state from 2019 to 2022.

The Left Front never projected Bengal as a gateway to the Northeast India, Bhutan, Sikkim, Nepal and Bangladesh. The Trinamool Congress-led government has rectified this mistake.