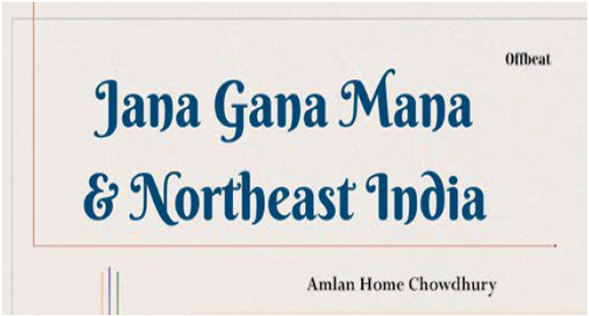 Showing India how wonderful the National Anthem can be when given a new Avtar in local dialect accompanied by regional musical instruments, Meghalaya has clocked a new history on September 14, 2021 when the state’s Legislative Assembly was hummed by it in Khasi-Garo way.

It was recorded at Marqbac Studios of Shillong. What is most important, the Khasi-Garo version of Jana Gana Mana….has now come to be known as the Meghalaya-Style National Anthem thus creating a history of sorts in musical way. This will inspire other states also to follow Meghalaya.

Created by Lamphang Syiemlieh, the Meghalaya-Style National Anthem turned a musical bonanza in true national colour, thanks to the traditional instruments. This is the brainchild of the Meghalaya Legislative Assembly Speaker Metbah Lyngdoh.

And it clicked nationally. Lyngdoh has added a new dimension to Jana Gana Mana……..Incidentally, Meghalaya will mark its 50th anniversary of the statehood. We hope the Meghalaya-Style National Anthem turned will be played on this occasion.

It was in March, 2021 that Lyngdoh contacted Syiemlieh and unfolded his idea. Liking the project, Syiemlieh began working on it though he had to surmount many hurdles for it owing to outbreak of the pandemic COVID-19.

The Speaker wanted the National Anthem exclusively composed exclusively for the Meghalaya Legislative Assembly thus initiating a new step in further popularizing it in different other local dialects and traditional instruments for the song composed by Rabindra Nath Tagore.

On the first, the First Day of the autumn session of the State Legislative Assembly, the Meghalaya-Style National Anthem was played not only as something new for Meghalaya but a pleasant musical surprise for the whole of India. No wonder, it became national news and welcomed by all.

Syiemlieh said the musical project was delayed due to the sudden death of his mother on August 10, 2021. He again embarked upon it after the mourning period was over with 10 vocalists one of whom is from Jaintia Hills. His efforts to get another vocalist from the Garo Hills failed due to the COVID-19.