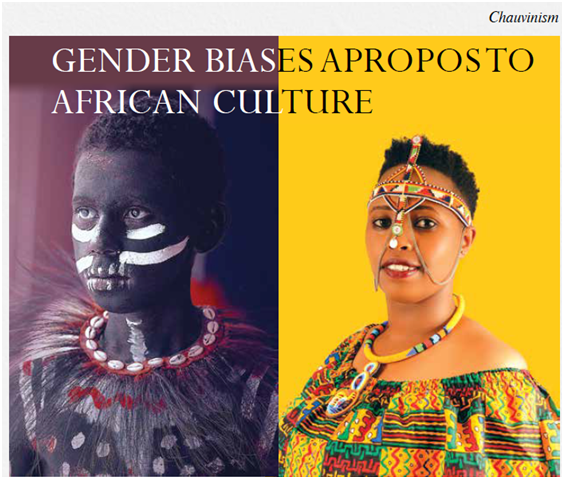 GENDER, as a term generally indicates either of the two sexes (male and female), but while referring the term according to social and cultural arena it denotes a fabricated construct rather than a biological one .With such convention, gender creates a tendency of biasness which occurs when one individual or group unconsciously attributes certain attitudes and stereotypes to another person or group of people. This genesis of gender is delineated by Buchi Emecheta in her aspiring novel “THE JOYS OF MOTHERHOOD”(1979) where she points out the difference concerning with three generations in which she deliberately mentioned the colonialist influence, along with the supremacy of the social representation or construction. There are basically competing theories about the cause of gender inequality in Africa, but scholars suggest its genesis is in slavery and colonialism.

Buchi Emecheta, a renowned Nigerian novelist has very conveniently described the concept of gender in her epoch making novel, “THE JOYS OF MOTHERHOOD”. In her desire to create a counter narrative challenging colonialist constructions of Africa, Emecheta has much in common with other African novelist like Chinua Achebe or Ngugi wa Thiongo. Emecheta’s fiction however differs from the writings of Achebe and Ngugi because it presents a self-consciously gendered perspective.

Gender construction therefore can be considered as a study which rather from the distinction of male and female is a fabricated representation which the west has constructed of the North African and Middle Eastern lands. This aspect could be traced in the article “UNDER WESTERN EYES: FEMINIST SCHOLARSHIP AND COLONIAL DISCOURSES “by Chandra Talpade Mohanty where Mohanty deconstructs the stereotype of third world women who are supposedly represented by western feminist as objects and assets the need to historicize all analysis women’s oppression. Mohanty is of the view that such representation by western feminist are less concerned with realities of African women’s life and thus she claimed that it is not only the patriarchal structure that conspire against all  women universally rather economic, social, cultural, religious, political factors can intersect in which women are oppressed. According to Mohanty, women do not enter into social relation as oppressed people; they may become oppressed due to variety of factors, which in some instance may include gender.

In concerning with African history, the concept of gender constitute with a kind of aspect where its role shift from one period to another. For instance in tracing the history of the pre-colonial Africa, it is found that during that time the concept of gender is concerned with equality and there is no difference constructed as such between male and female.

According to critic NIANA SUDARKASA, “Women in a pre-colonial Africa enjoyed a degree of self-reliance and authority within the traditional frame work of a loosely structured political system. The traditional social unit of the extended patri or matrilineal family, living in a compound with a strict sense of hierarchy often permitted a woman to exert political influence and engaged in economically productive activities. In this system there was no rigid separation of public and private spheres. The ‘Public Sphere’ in most West African societies was not conceptualized as ‘the world of mass’. Rather it was one in which both the sexes were recognized as having important roles to play”.

But with the arrival of western culture and missionaries there was an abrupt change in the scenario, which the critic Sudarkasa  indicates , however, the women occupational and familial roles have undergone significant changes as a result of economic, political, and demographic shifts bought by colonialist influence such as westernization and urbanization.

Emecheta in her remarkable novel, THE JOYS OF MOTHERHOOD, shares this anxiety where she urges for the need to contextualize the predicament of women in relation to male which is described very significantly concerning various transformation that has undergone through the pre-colonial, colonial and post colonial period which she identically relates with three generation in the novel.