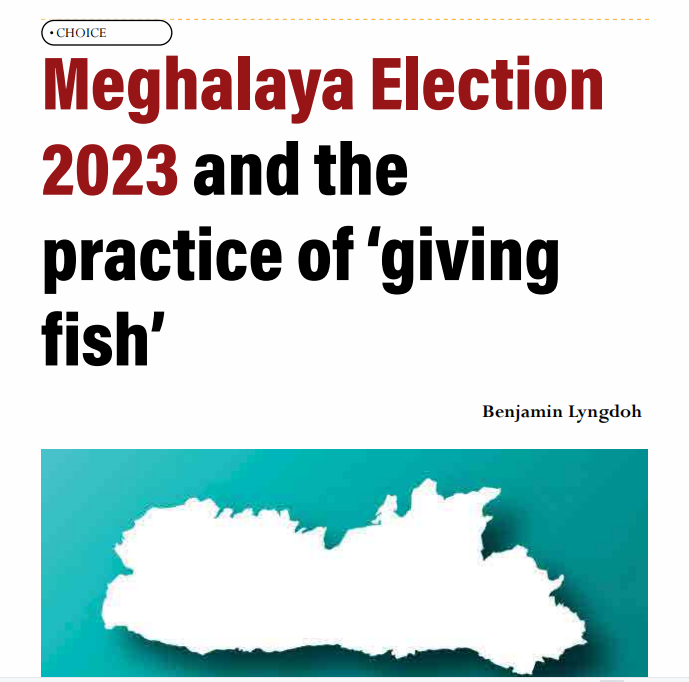 A Chinese proverb says ‘give a man a fish, and you feed him for a day; teach a man to fish, and you feed him for a lifetime’. Going by this proverb, Meghalaya politics and its legislative assembly elections have been nothing but fishy with a stench of stale and rotten fish. The proverb plainly means that instead of giving niceties, cosmetic symbolism without substance, tokenism and brittle gifts at the eleventh hour, it is better to pave a platform, provide a means, coach and mentor, empower the people and create an environment for holistic development. It is more meaningful and productive to chart a vision and strategies into the long-term. This proverb is significant as over the years the politics, elections and governance largely manifest the limits of ‘giving fish’. The people have failed to see the light. Meghalaya democracy is more of a play in darkness. One does not know what the future will be. But, is the political class only to be blamed?

By and large, people abhor politics. It is seen as a phenomenon with promises that generates over a few months and dies even quicker still. The people do not see the point of politics and political deliberations. Which party is planning on doing what, which party is disintegrating, which is expanding, etc is of no interest. The reason for this is half-truths and full-lies that politics has sowed overtime across all parties. Is this what politics really is?

A view into the Greek philosophy on politics will provide an answer on the contrary. Aristotle famously said that ‘man is by nature a political animal’. The premise here is basically based upon virtue and well-being. Although this statement is widely debated, yet it forms as a hallmark of what politics is in its truest sense and what it purports to achieve. It basically thrives to formulate a city-state for achieving outcomes of virtue and well-being through economic growth, development, social peace and security, equal opportunities, etc. As it is comprehended, inherently politics and political activity is not bad or dirty. Rather, it is a means to a good end. That being said, if politics and elections have gone bad, it is because of the actions of the people and not due to its inherent nature. In the process, the very noble essence of politics is lost. As an outcome, we are submerged in the myriad of ‘giving fish’ as the core of our political deliberations and processes.

Who is a politician?

If one asks this question from the people it results in some pretty funny answers, and at times angry and disillusioned ones. Sometimes the terms can be as ghastly and nasty like corruptor, fool, liar, etc. It is agreed that these are very notorious terms to be associated with a politician, but it is also an outcome of years and decades of crassness.