They picked up recyclable materials from the street, garbage dump, market or in trash bin. They were a group of four minor rag pickers between 7 to 10 years of age meet at a point and starts picking rags in the railway colony. They picked up anything which fetched them money such as paper, cardboard, plastic, iron scrap, tin containers, and bottles. Nupur, the eldest one helped other three minors to identify the retrievable bits and pieces. She walked along them with a rod in hand tied with a piece of magnet to fish out for salvageable iron bits. Their extreme poverty forced them to enter in this profession to stay alive.

Few examples could help us to understand the usage of money being extensively used at the early stage of civilization. For example, sometime around 600 BC in India, coinage spread to a great extends called Karshanapa. The word cash was derived from the Sanskrit word Karsha. Hope you did not know that!

At the same time in the region of Greece, around 600 BC, Lydia’s King Alyattes issued coins. It increased both internal and external trade, making one of the richest empires in Asia Minor. The coins were made up of electrum, an alloy of silver and gold.

Add a comment Read more: Why we should learn to manage income?

Devastating flood and the misery in its wake

For instance, this year’s ravaging  deluge that is one of the worst in the State in our living memory, has till writing this piece, has claimed 69 lives while over 57 lakh persons in 4,626 villages under 114 revenue circles of 29 districts are affected. The worst-affected districts include Nalbari, Barpeta, Dhubri, Goalpara, Kamrup, Kamrup (M), Demaji, Lakhimpur, Cachar, Karimgang, Morigaon, Karbi Anglong, Golaghat, Majuli, Dibrugarh and Jorhat.

However, in the recent second wave over two Lakh hectares of cropland have been affected. Many people have been rendered homeless while others have taken shelter in the relief camps, nearby highlands and embankments, educational institutions as also empty spaces between railway lines in some areas of Dhubri. Floods have this time inundated 90% of the world famous Kaziranga national park putting the lives of animals in great peril. As many as 129 animals in the park including 7 rhinos have reportedly lost their lives in the recent wave of floods which has commenced from July continuing for about several days.

Add a comment Read more: Devastating flood and the misery in its wake 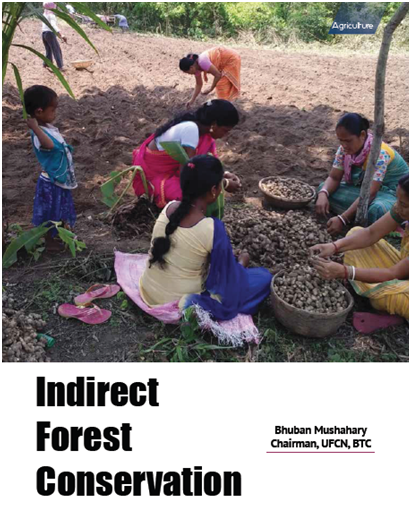 The new land "Bodoland Territorial Council" was newly created from the land of Assam on 10th February 2003. Thus, new officers, new departments, new infrastructures and some of the new manpower have been engaged on a fixed pay salary basis.

That same way, on 3 March 2005,  636 (six hundred thirty-six) persons have been engaged to help the regular forest staff on a fixed pay salary basis, Rs. 6500/-per head, per month, to protect the forest and wildlife of BTC area, at the order of the Honourable Dy Chief, Sjt. Kampa Bargayary. Later, in 2008, a Unified Forest Conservation Network (UFCN), BTC was created amongst 636 persons for better forest conservation and information. 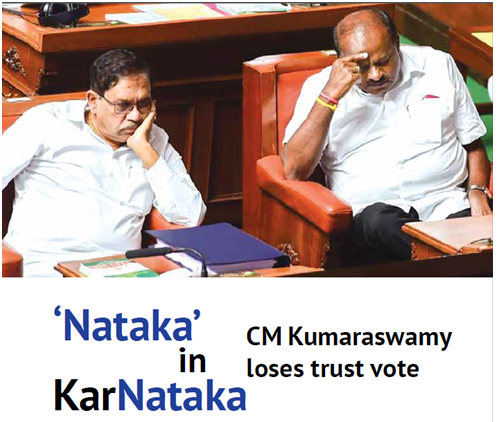 Between 2008 and 2013, when BJP ruled Karnataka, the term
Operation Kamala was coined for luring the opposition MLAs into the
party fold by making them resign. The main reason for this was BJP had
failed to secure 113 seats in the assembly with party falling short by
5 seats to secure a simple majority. In 2018 Assembly Election, the
same trend was repeated with BJP failing to win a simple majority by 8
seats. In the name of keeping the communal BJP away from the power,
JDS which had won just 37 seats joined hands with Congress making a
way for another coalition government. As expected finally, the
Congress-JD(S) coalition government which was unstable since its
inception has lost trust vote and collapsed after ruling Karnataka for
14 months.  Confidence motion moved by the Chief Minister HD
Kumaraswamy after 15 MLAs of the ruling coalition tendering
resignation put to vote after six long days of debate and
uncertainties on July 23. He lost the vote of confidence by the margin
of six votes ending his rule.   With this, a week-long political drama
which made everyone stand on tiptoes came to an end.