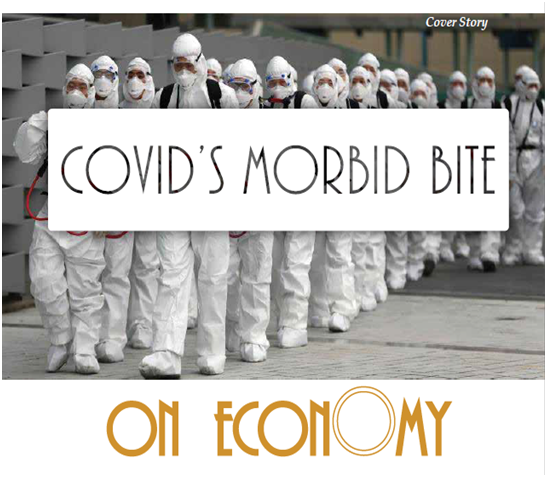 Uncertainties Looming Large in Every Sphere of Business Activities

Stealthy entering into the busy body of global economyabout four months ago, the Covid-19 wrought havoc in it proving invisible virus can inflict most visible damages of gigantic proportion almost completelylocking down trade and commerce.

The pandemic’s toxic kiss was felt in and every aspect of human life. As far as economy is concerned,it made everything go haywire reminding us the Sub-Prime Crisis hitting in 2008-09 and the traumatic Great Depression of 1929.

This is for the first time in the history of mankind that the globe saw complete lockdown of all trade-routes across the world: road, air and water. The result was almost total collapse of exports and imports.

Washout of monetary savings and massive unemployment that followed the attack of Corona Virus came as bonus, of course. If we look at Sub-Prime Crisis and Great Depression, we would further get depressed as their effects continued for well over four to five years.

Vacant look in the eyes of the iconic Great Depression-era photograph styled justifiably as Migrant Mother taken by Dorothea Lange may shudder us but millions of Mothers across the world including India have already started offering similar looks.

Causes of Sub-Prime Crisis and Great Depression were not for viruses but they proved the fragility of global economy. What is our main cause of alarm is that during these twoeconomic disasters, the uncertainties reflected in each and every sphere of business activities.

Covid-19 has infected the global economy! Dimension of this downturn in India’s case is very much overt. The economy of Northeast India too is suffering.We know, nobody knows how long this downturn in business activities will continue.

Before we proceed further, let us know that the Justinian’s Plague of 540-41 A.D. and the Black Death of 1347-52 A.D. almost ruined the economies of total Europe, Africa, Arab Peninsula and Asia. The most pertinent example of collapse of almost entire urban economy of all European nations is the plague of 1629-30 A.D.

Let us try to know its impact and time-span it would require for the U-turn in global economy, Indian economy and economy of Northeast India.

The latest Global Financial Stability Report says the financial system as a whole has already felt a dramatic impact, and a further intensification of the crisis could affect global financial stability.This, it goes without saying will create a Great Depression-type situation.

No wonder, these developments made the South Korea President Moon Jae-in say the deepening impact from Covid-19 will worsen economic situation. He made it no secret to say that the growth reading of South Korea, Asia’s fourth-largest economyis very dismal.

So is the economic forecast of almost all nations. The word of President Moon Jae-in isbeing used as an example of common feeling of leadership of most of the countries as simply the tip of the iceberg.

The word tip of the iceberg is justified as the International Monetary Fund or IMF has just announced a drop in global output of 3% in 2020. The IMF also warned there would be muted recovery next year with GDP growth of only 5.8% worldwide.

We know that USA is the powerhouse of global economy. We know this country now is reeling under the oppression of Covid-19. The USA certainly will take a long time in recovering as it had taken earlier five times since 1832 due to outbreak of epidemics. Let us have a glimpse at those five major economic downturns due to epidemics:

·     1873: New York’s trade and commerce collapsed due to cholera epidemic

The gravity of situation in Indian context may be gauged from the fact that the US-India Business Council (USIBC), an economic advocacy group, suggested the Central Government to create a separate COVID-19 budget to support incremental financing needs.

The suggestions of USIBC includes, among others, to consider raising funds from the domestic market through special tax-free COVID-19 bonds. It also suggested financial and credit support to: