‘Every individual’s dreams and aspirations are equally important’ - Rahul Gandhi 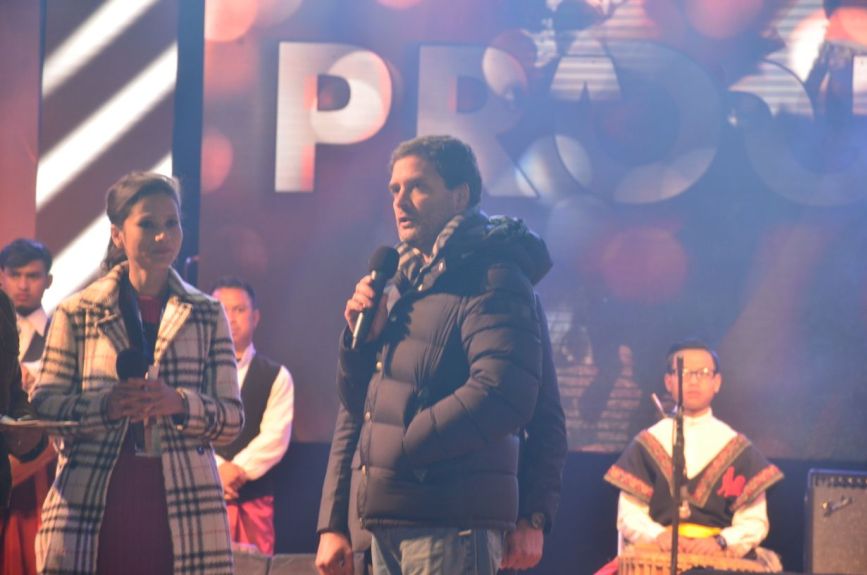 Congress President Rahul Gandhi on Tuesday asked the Indian youth to be proud of their heritage, languages, and religions, and vowed to defend the culture and way of thinking of the people in Meghalaya. While speaking during the ‘Peace Festival’ in Shillong Rahul Gandhi said “My message to all young people is be proud of your heritage, languages, and religions and we are all proud of you. We stand by you and we will defend your culture and your way of thinking,”

The Congress President also lashed out at the BJP government for offering cash to some church in the name of tourism in the eve of state election. He said they (BJP Leaders) think everything in this country can be bought by money but they don’t understand that the people are intelligence enough whom to vote or not to.

Praising the holding of the event since it connected people, particularly the youth, the Congress leader said that it was important that all Indians realised that the country was strong when we loved and respected each other. Promising the crowd that he would again visit Meghalaya, the Congress chief said “My visit is not for a day, but for several days, wherein I will travel around the state and talk to youngsters, listen to their issues and try to understand what their dreams and aspirations and I will definitely be back here very soon.”

Rahul Gandhi ends his speech by saying that it does not matter how small the Indian states are, every single Indian’s aspirations and dreams should be equally important.