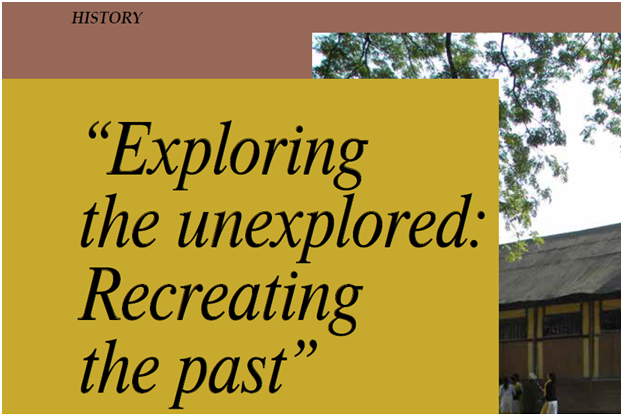 Normal school of the town, known as teachers’ training school, established in 1906 has always attracted scholars and research workers for it being the treasure trove of old manuscripts of rich academic value. But, sadly enough there has been little or no effort from any quarters for their preservation. Lying in a state of neglect and being subjected to wear and tear of time, not all manuscripts could be preserved properly. Before all is lost in the abysmal of time, Maulana Abul Kalam Institute of Asian Studies (MAKAIS) Kolkata has come forward for the preservation and conservation of old manuscripts. Its Chairman Dr Sujit Kumar Ghosh deserves all kudos for taking the initiative in this direction.

But not before making a critical appraisal of the project to be taken up. Dr Amalendu Bhattacharjee, former Head, Department of Bengali in the premier centre of higher education, Gurucharan College and a well known exponent of folk literature was entrusted with the onerous responsibility of recreating the manuscripts and regaining their glory. Known for his keen scholastic interest in research works, Bhattacharjee as project- in- charge started his project work in April this year assisted by a team of dedicated research assistants, Ratna Nandi, Mahua Chandra, Anindita Kar, Ankita Biswas and Bhaskar Sharmacharjee. All of them have been trained in calligraphy, manuscript reading, their identity and knowledge of alphabet first at Normal School and then in Kolkata. Cataloguing work started from May 1 of 2019.

It is interesting to know that hand written manuscripts on varied subjects, as Dr Amalendu Bhattachajee said, were collected by some teachers between the period 1910 and 1940 from South Assam. According to him, till date manuscripts in two languages, Bengali and Sanskrit, have been found. In these two languages, primary identity of more than 500 manuscripts could be established.   More manuscripts remain to be searched and brought to light. Manuscripts in Sanskrit have also been taken up for study. Most of the manuscripts are preserved in ornamental and artistically designed covers, a soothing treat for the eyes.

The manuscripts in Bengali discovered by the research team of Dr Bhattacharjee are on Ramayan, Mahabharat, Purana, Gita, Vaishnava Literature, Mangal Kabya, Pachali, Yoga Shastra, Occult Science and Miscellaneous. In Sanskrit, manuscripts found are on Mahabharat, Vyakaran,  Smriti Shastra and Karma Kanda. There are also some fragmented manuscripts. The study has revealed that the manuscripts are two hundred years old. But, the oldest manuscript is on Smriti Puran which has been copied in 1688.

Names of some of the poets so far known are Sanjay (Mahabharat), Shasthi Var, Bardhaman Dutta, Chandravati (Mansa Mangal), Bhavananda Das, Bhavani Das, Adbhut Acharya (Ramayan), Bhubaneshwar Vachaspati (Puran), Brajakishore Das, Basudeva Ghosh, Gourchand Deb (Vaishnav Sahitya), Dwij Ram Krishna, Manohar Sen (Pachali) among others. According to the tradition of manuscript-writing, the necessary information of a manuscript is given on the last page which is called ‘Puspika’.