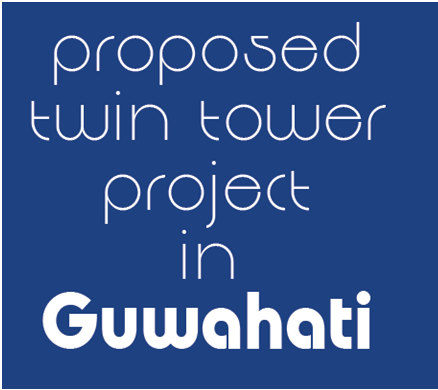 There is little dispute over the fact that Assam which is sarcastically called by many as the ‘Far-East’ of our country, having been geographically ‘out of sight out of mind’ syndrome of New Delhi for not being strong constituency as UP or Bihar, is essentially an agrarian state. But ironically, it has over the years become unpredictable as weather in summer due to global warming. In effect, the annual revenues the fund-strapped state earns from tea, agriculture, etc, are too meagre to undertake any profit-yielding infrastructural development projects in a town or city alone without financial assistance from the Centre and other financial establishments.

Which is why presumably, the incumbent state government is willing to go extra mile to build up the proposed Twin Tower buildings for trade in Guwahati city by inviting private developers via global tender for the development of Rs 2,000 crore-mega project. It is no doubt a unique proposition in terms of economy provided the State Government can translate it into a reality.

It may be noted here that the plan to float global bidding to attract private developers for the construction of a 65-storeyed twin towers project in the metropolis was an old one. For example, the State government earlier on February 2, 2018, signed an agreement with the National Building Construction Corporation (NBCC) for the development of the twin tower trade centre in the city.  Having inked the deal of this project with the NBCC, the Chief Minister Sarbananda Sonowal said, “The twin towers within house arrangements would boost business in the state which aspires to be a hub of trade between India and South bloc of ASEAN”.  A Memorandum of Understanding (MoU) for building the trade centre on a massive 32-bigha plot at Baisistha Charali along the NH-37 was also inked a day before Global Investors’ Summit. Later on July 18, religious rituals were performed at the project site to start construction of the twin tower centre at an estimated cost of Rs.1,900 crore to complete the same within 60 months. It will not be out of context to mention here that the State Government announced and also displayed the ambitious project in Guwahati during Advantage Assam investors Investment Summit to rope in potential investors to the State. But the project still remained non-starter.

But why did the dream project fail to take off after the initial ado over its announcement in 2017?  A dearth of funds was reportedly cited as the major hurdle in the construction of the twin tower trade centre.  Although it is still unclear about what prompted the National Building Construction Corporation to move away from the project after going through all the necessary formalities to this effect, according to sources, because it was in doubt about the economic viability of the project. The value of 32 bighas  earmarked for the purpose is around Rs 100 crore as fixed by the government, and it added another provision that investor will have to pay Rs 300 crore as security deposit. This condition will enable the government to get land value in the event of investor making U-turn in the mid-way. This is what the objective of embodying the condition. And, exactly with this end in mind, the industries department reportedly was trying to impress upon the prospective investors. But this effort hardly yielded any desired result as so far there is no developmental activity worth-noting taking place at the project site in the past few months. Experts were of the view that had it been a small project, the concerned department could have by now found potential private developers.

It is, however, uplifting that the Assam Industrial Development  Corporation limited has meanwhile floated a fresh global bid by inviting private developers for developing the Rs.2,000 crore project. The main objective of promoting the two trade centre, as stated in the tender is creating a world-class infrastructure for making best of opportunity in real estate sector thus getting Guwahati on the global map.