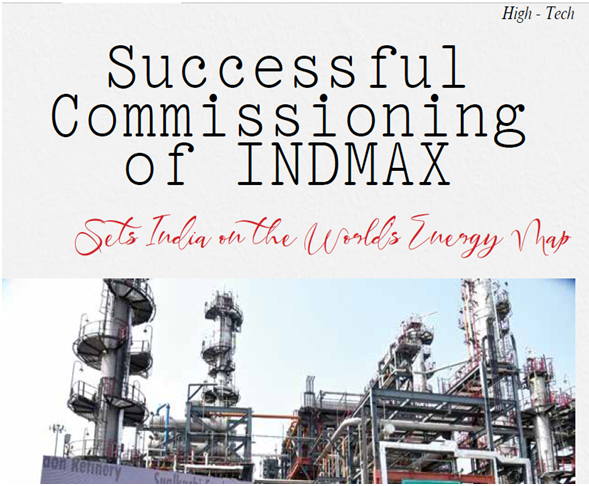 INDMAX Project- A plant engineered with complete State of Art technology, commissioned at Bongaigaon Refinery, was dedicated to the Nation by Prime Minister, Narendra Modi on Feb 22.

On a red-letter day in the industrial landscape of Assam, Hon’ble Prime Minister Shri Narendra Modi dedicated the INDMAX Plant of IndianOil’s Bongaigaon Refinery to the Nation through virtual mode from Dhemaji along with other key infrastructure projects in the oil and gas sector.

A special function was organised near the INDMAX Unit of Bongaigaon Refinery in synchronization with the Prime Minister’s event at Dhemaji.

Situated in western Assam, Bongaigaon Refinery of IndianOil is strategically placed to cater to the fuels requirement of the North-east India as well as neighboring countries like Bhutan.

Mr. Barua informed that it was built at a cost of Rs. 2,582 crores and with a design capacity of 0.74 MMTPA, INDMAX project has enhanced the overall refining capacity of Bongaigaon Refinery from 2.35 MMTPA to 2.7 MMPTA and further expansion in line with North-East Vision 2030 is also on the anvil.

“The Commission of this project has resulted in benefits both for the Refinery as well as the region. These benefits included the improvement in the Gross Refinery Margin (GRM) of the refinery due to increase in production of high-value green fuels LPG and BS-VI grade MS by eliminating surplus Naphtha and Black Oil components and more than four-fold increase in LPG production of Bongaigaon Refinery", Mr. Barua added.

Mr. Barua further said, that for the region, this seamless accessibility to clean LPG fuel would boost the key driver of “cleaner use of fossil fuels” as outline by Prime Minister in his energy roadmap of India.

The Indmax Unit of Bongaigaon Refinery will make a significant contribution in meeting the LPG needs of the region, he added.

Mr. Barua also informed that this state-of-the-art INDMAX technology which was developed In-house by IndiaOil R&D is a shining example of Hon’ble Prime Minister’s vision of “Aatmanirbhar Bharat”.