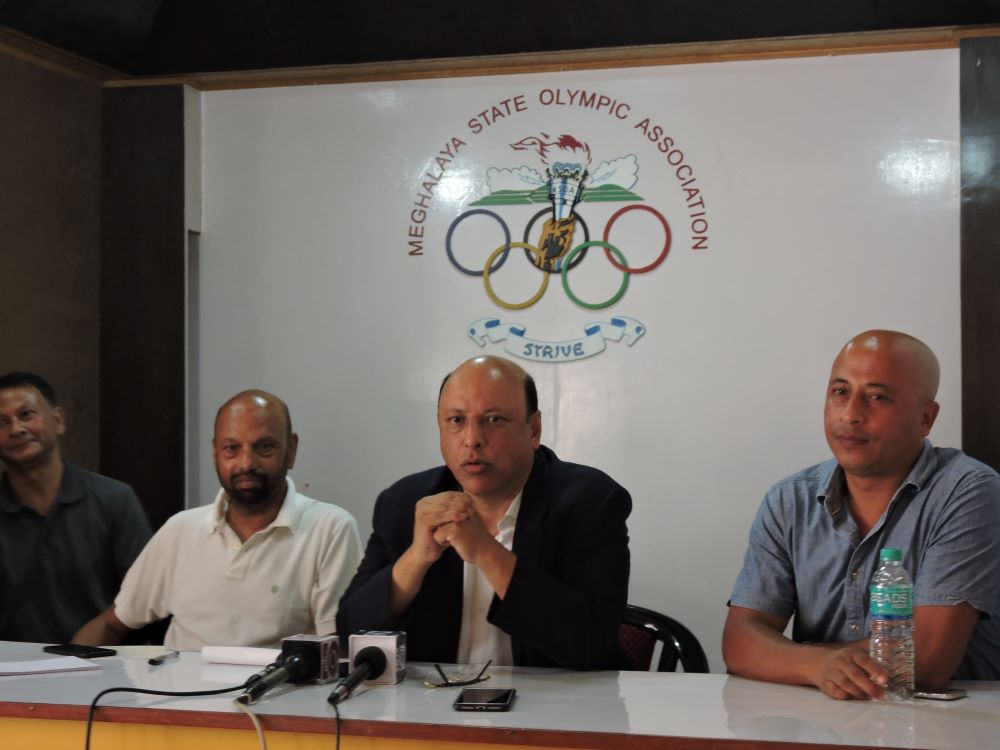 To celebrate the ‘Olympic Day’ the Meghalaya State Olympic Association will organize the ‘Inter College Sport Quiz Competition’ on 18th June 2019 in the U Soso Tham Auditorium. This was announced by Working President John F. Kharshing during the press conference in the office of the Meghalaya of the State Olympic Association. Speaking during the meeting Vice President of MSOA Ion Lyngdoh said that this is the first time that such quiz on ‘Sports’ is being organize in the State to test the youth on their knowledge on sports around the world. For this competition Smt. War Nongbri the Deputy Commissioner East Khasi hills Meghalaya will grace the occasion.

The MSOA will also organize ‘The Shillong 10 km City Run’ on the 22nd of June to celebrate the occasion. People from all walks of life can participate in the run. Winners will be awarded with 10,000, 7,000 5000 respectively. Minister of Sport Banteidor Lyngdoh will flag off the run.