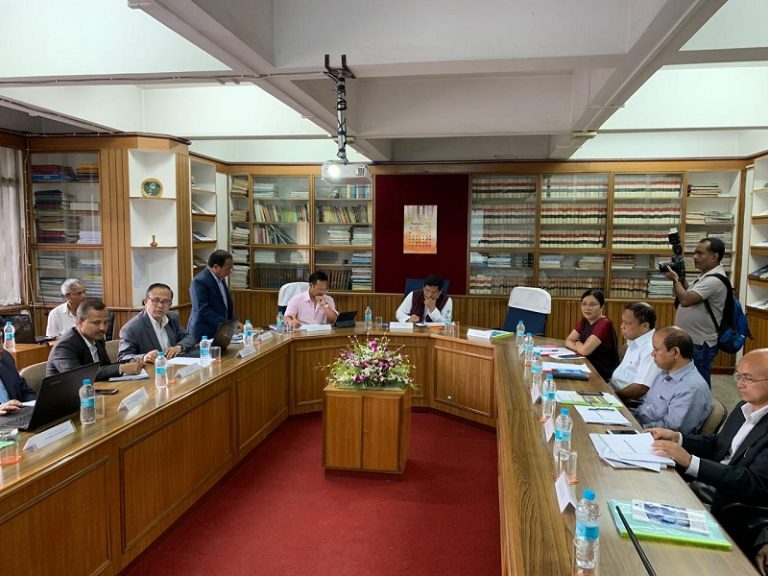 Meghalaya Chief Minister Conrad K Sangma chaired a review meeting of the Meghalaya Energy Corporation Limited (MeECL) and discussed how to find out ways and means to improve the power scenario in the state.

“We had a fruitful discussion on measures short and long term to improve the power scenario. Several challenges have to be tackled and we are committed to overcome them with active cooperation and support from different stakeholders,” Sangma said.

The meeting was attended by power minister James K Sangma, officials of the Power Department and engineers of the MeECL.

Issues related to the Aggregate Technical and Commercial (AT&C) losses, current financial position of MeECL, status of different schemes, loadshedding were discussed during the review meeting.

“We are looking at ways to improve the overall efficiency of the MeECL as a corporation and all the three wings distribution, transmission and generation,” Sangma told reporters.

He said the meeting also discussed about different projects which are coming up and those that will come up in future which include small and mini hydro power projects to improve the power scenario in the state.

Stating that meeting was just the beginning, the chief minister informed that he would also hold a review meeting to discuss specifically on the A&TC losses next month.

“Hopefully every month I will try to hold review meetings with different departments to figure out how we can improve productivity of the MeECL and ensure it becomes financially stable and how we can provide stable power supply to all citizens in the state,” the Chief Minister added.