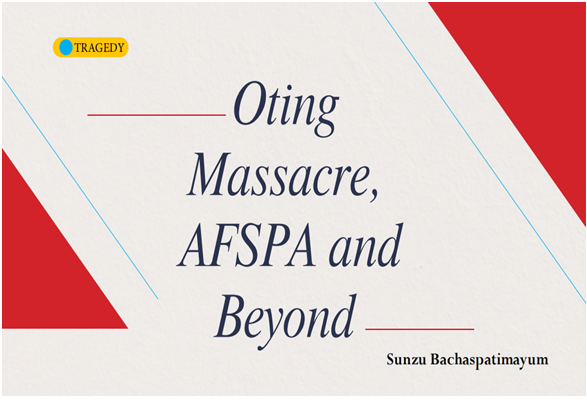 On Saturday, the fourth of December 2021, in Nagaland’s Mon district, a group of eight coal miners, returning home on a pick-out truck after days of mining suddenly came under indiscriminate firing, killing six on the spot, including the driver and seriously injuring two others. Indian Army’s elite unit, the 21st Para Special Forces Regiment, mistook the civilian miners for armed militants of NSCN (K) and ambushed them on the road between Oting and the nearby village of Tiru, near the international Indo-Myanmar border. The Army later claimed that they had laid the ambush for armed militants, acting on intelligence inputs of movement of NSCN (K) cadres in the district.

For the residents of the remote village of Oting, mining at the coal mines, located 5-6 kms away, to supplement their family income between October and April has been a routine. During the weekdays, the miners would stay in make-shift shelters, set-up close to the mines and return home on weekends. According to the official statement on the incident, a team of para-commandos laid an ambush, during which, "A vehicle approached the location and it was signalled to stop. However, the vehicle tried to flee, following which the vehicle, suspected of carrying insurgents, was fired upon resulting in killing of 6 out of 8 persons travelling in the vehicle. However, it turned out to be a case of mistaken identity". 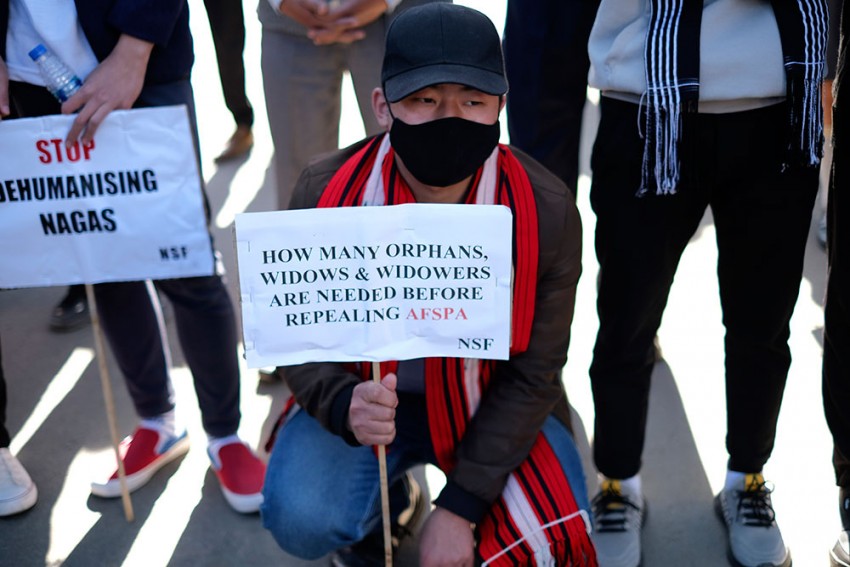 Contradicting this sequence of event is a statement by Oting Citizens Office. Villagers alleged that the “security forces ambushed the pick-up truck at around 4:30 pm without ascertaining anything about the passengers. Subsequently, the security forces blocked the road and diverted all vehicles to the less frequented old Pioneer road”. Alarmed by the indiscriminate firing in the area and the pick-up truck failing to return as usual, concerned villagers, at around 8:00 pm, went on a search only to discover the pick-up truck bullet riddled with bullet holes, blood stained and empty. Villagers claimed that they chased three fleeing military vehicles on motorcycles. Upon intercepting the vehicles, they found six of the missing miners lying dead, covered by a tarpaulin. Villagers accused the security forces of attempting "to brand the boys as militants by planting weapons and dressing them in camouflage uniforms and boots”. This enraged the villagers, leading to a confrontation with the security forces. Villagers alleged the troopers resorted to indiscriminate firing, killing seven more villagers on the spot.

As news of the massacre spread, infuriated locals surrounded the military camp in the area and started an arsenal attack. At least an Indian Army trooper also died in the mob rage, taking the total death toll of the Oting incident to 14.

The Army later regretted the incident, describing it as the unfortunate loss of lives and said that the matter will be investigated at the highest level. "The incident and its aftermath is deeply regretted. The cause of the unfortunate loss of lives is being investigated at the highest level and appropriate action will be taken as per the course of law," read the statement issued by the Army.

Union Home Minister, Amit Shah tweeted his anguish over the killings by the security forces and offered his condolences to the families of those who lost their lives in the unfortunate incident. He said that the State Government has constituted a special investigation team (SIT) to investigate the incident, fix accountability and deliver justice.

This is not the first time that the Indian security forces have been caught targeting innocent civilians in their counter insurgency operations against the separatist militants in the restive Northeastern states of India where the dreaded Armed Forces (Special Powers)Act, 1958 (AFSPA) is enforced.

GHOSTS OF AFSPA IN MANIPUR