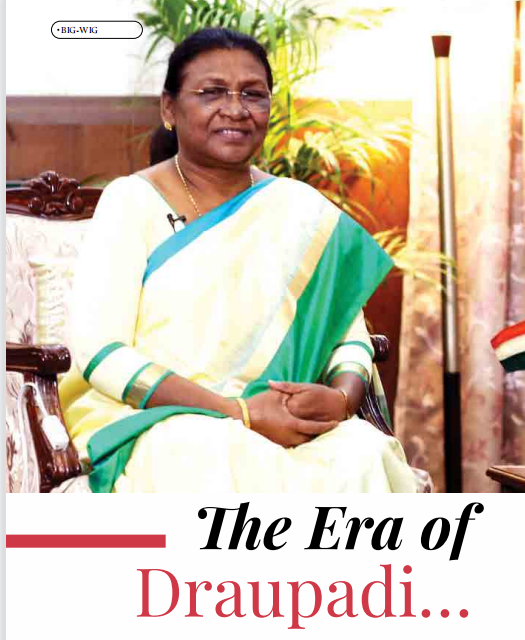 Draupadi Murmu becoming the President signifies the true beauty of Indian democracy. From being the first girl in her village to go to college to now being country’s first tribal President of India, Draupadi Murmu’s journey comes as an inspiration for crores of people, especially women coming from the downtrodden section of the society. The former Jharkhand Governor Murmu has registered an emphatic win over her rival Yashwant Sinha in presidential election, becoming the first woman tribal candidate to occupy the highest office in the country.

"My elevation as President is not just my achievement but that of everyone in the country, that they can dream of reaching this level.

I am the first President of the country who was born in Independent India. We will have to speed up our efforts to meet the expectations that our freedom fighters had with the citizens of Independent India".

Draupadi Murmu was born in a humble family, on June 20, 1958, in Uparbeda village of Mayurbhanj district in Odisha in a Santali tribal family to Biranchi Narayan Tudu.  Her father and grandfather were village heads under the Panchayati Raj Systems.

However, during her political journey, she faced several lows in her life. Draupadi Murmu married Shyam Charan Murmu, a banker who died in 2014. The couple had two sons, and a daughter. She lost her husband and two grown up sons but she stood strong on all occasions.

Today, she is accompanied by her only daughter, Itishree Murmu who is a bank-employee and her son-in-law, Ganesh Hembram who is a rugby player.