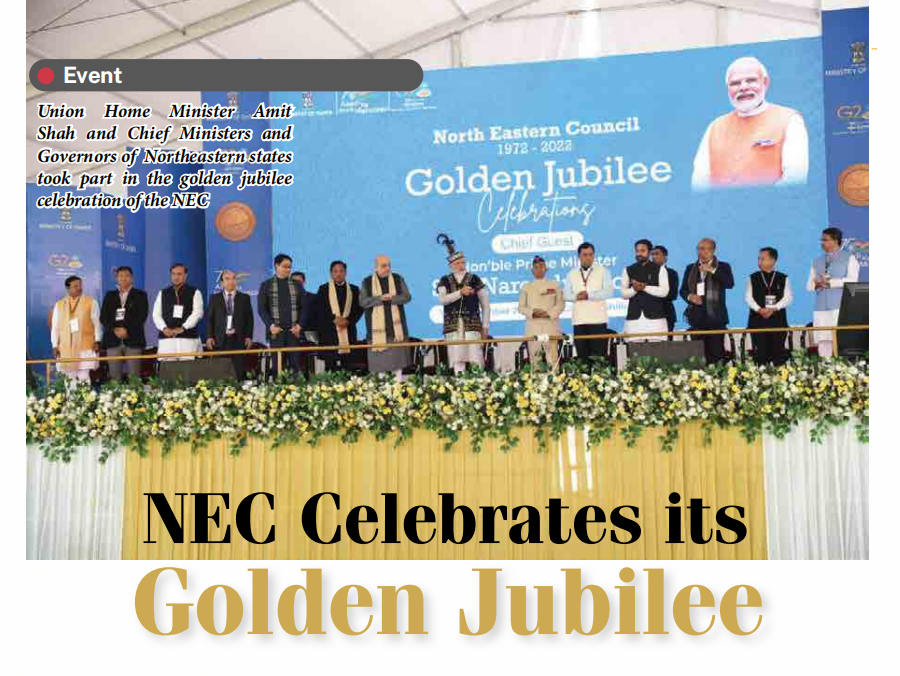 It is pertinent to note that Union Home Minister Amit Shah, and Chief Ministers and Governors of eight Northeastern states also took part in the golden jubilee celebration of the NEC, a regional planning body constituted in 1972 to undertake planning and execute developmental projects of the region. Besides laying the foundation stone of multiple projects worth over Rs 2,450 crore in Shillong, the Prime Minister also laid foundation stones for a few other projects worth over Rs 4,350 crore in Tripura, after addressing a public meeting at Swami Vivekananda ground in the city, including an integrated beekeeping development centre and 21 Hindi libraries for Mizoram, Manipur, Tripura and Assam.

The development projects in Tripura will connect India with Thailand and Myanmar, (despite the turbulent situation and the military-junta’s atrocities in its capital city Nay Pyi Taw and other parts of the country), which is destined to boost the Northeast region in paving better relationship with south-east Asian countries, avers Modi with optimism to the core. Shah went a step further with a statistical record that since 2014, extremism in the region has decreased by 74 per cent, while attacks on security forces has been brought down by 60 per cent with the reduction in civilian deaths by 89 per cent.

Citing the differences between present double-engine government and previous governments, similar to the ploy he used during the Gujarat assembly poll, Prime Minister said, multi-faceted developments had been witnessed by the people in last five years across the state. Earlier, Tripura was deprived of development and political leaders were busy in working for their own personal interest, which incurred huge loss for the common masses, lamented Modi. The Prime Minister also focused on strengthening ties with Association of South East Asian Nations. Shah was swift enough to remind the people about an historic agreement inked between Assam and Meghalaya governments recently to solve their five-decade long pending border dispute.

Assam Chief Minister Himanta Biswa Sarma hailed the Union Home Minister’s notable remark that it has been a long journey for people in the Northeast before they found a permanent address in the region that encountered turmoil in the past.